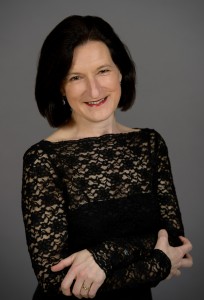 Melanie Ragge has performed nationally and internationally as a recitalist, chamber musician and orchestral player in venues as far flung as Vancouver Island, Malta, & northern Sweden as well as UK venues such as St John’s Smith Square, the Royal Opera House and Wigmore Hall.

Originally a medical student at King’s College Cambridge, Melanie ultimately graduated with an MPhil in Musicology. She was subsequently awarded a Leverhulme Fellowship at the Royal College of Music where she studied piano with Phyllis Sellick, oboe with Michael Winfield, and contemporary oboe with Edwin Roxburgh.

Whilst at the RCM, Melanie formed a duo with pianist Ann Martin-Davis, with whom she commissioned a number of new works and made her first recording – Lutosławski’s Epitaph (ASV), as part of CD of his piano chamber music: “everything is exquisitely and cleanly played” … BBC Music Magazine.

Melanie has since collaborated with a wide variety of international artists including the Dante & Schidlof string quartets, pianists Michael Dussek, Susanna Stranders and Angela Hewitt and baritone Gerald Finlay. In addition to performing and recording with the NLCE, her  performances over the last few years have included Crush Room recitals at the Royal Opera House with the Ellipsis Ensemble, the Martinu Oboe Concerto in Cambridge, and touring and recording Mahler’s 10th Symphony at Philharmonie Hall in Berlin with the International Mahler Orchestra.

Melanie regularly coaches and gives masterclasses; she has been a guest tutor for numerous projects, including Chamber Music International, the Aberystwyth Music Festival, Hamburg Hochschule für Musik und Theater and the Penderecki Musik Akademie.   She is an oboe professor at the Royal Academy of Music, teaches at the Purcell School of Music, and is the Associate Director and woodwind tutor for the National Youth Chamber Orchestra of Great Britain. Her scientific interest continues in the form of ongoing research into the use of Electromyography to help to reduce strain injuries in musical training.