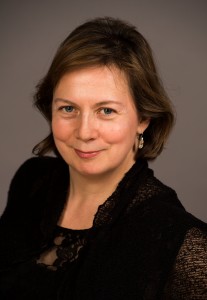 Neyire Ashworth pursues a career as clarinet soloist and chamber musician, with a focus on small-scale contemporary music theatre and inter-disciplinary performance. She is dedicated to pushing the frontiers of instrumental performance through her personal creative work and multi-disciplinary collaborations.

She won Best Performer Award and was nominated for Best New Writing Award from Buxton Fringe Festival for her solo show Stolen Voices and her instrumental theatre piece Stenclmusic, with music by Rachel Stott, was awarded a European Association of Jewish Culture Award. In 2018 she was nominated for a Paul Hamlyn Artist’s Award.

From 1988 – 1994 Neyire was music director and performer with the Besht Tellers, a Jewish storytelling theatre company. During this time she honed her skills as klezmer musician, composer and improviser, whilst touring Jewish communities and theatre festivals internationally.

With the Britten-Pears Ensemble she worked closely with Sir Richard Rodney Bennett and recorded several discs for ASV, and as a member of the clarinet quartet No Strings Attached, she regularly toured the globe, performing and running workshops for the British Council. The ensemble won first prize in the Royal Overseas League Chamber Music competition, were prize-winners in the Gaudeamus International Contemporary Music competition, and were at the forefront of pioneering creative work in UK prisons.

With the Cambridge New Music Players she was very active in the UK and European contemporary music scene in the 1990s before moving to Venezuela to take up the principal clarinet position in the Maracaibo Symphony Orchestra.

Neyire has been Countess of Munster Award beneficiary and a Live Music Now! Artist.   She made her London solo debut at the South Bank Centre as a Park Lane Group Young Artist.